​​Located in rural Nova Scotia, near the shores of the Bay of Fundy's historic tides,

who served and continue to serve in Canada's Armed Forces and in Peacekeeping.

Along the periphery of the park, Red Maples have been planted commemorating Canadian soldiers from Nova Scotia, killed during the war in Afghanistan. These trees stand as sentinels of hope for future generations. 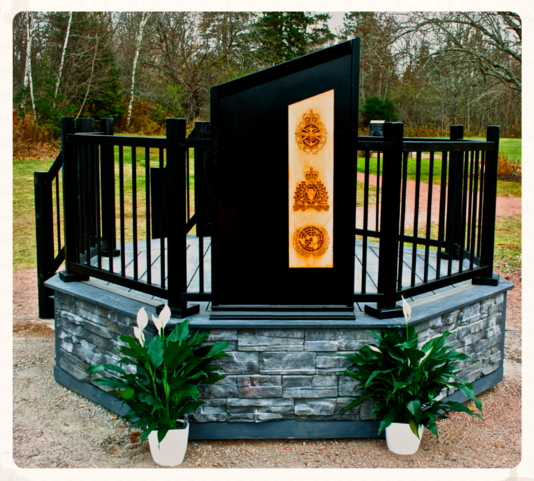 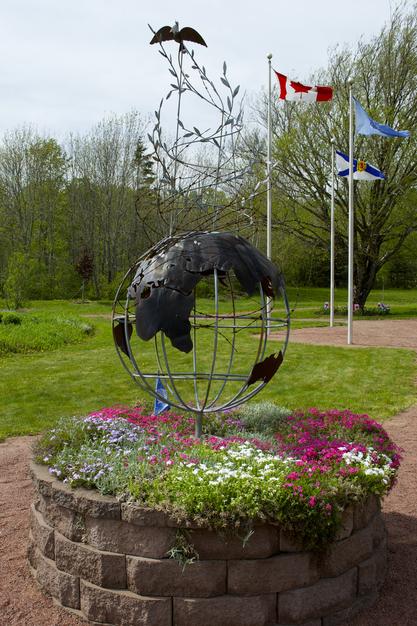 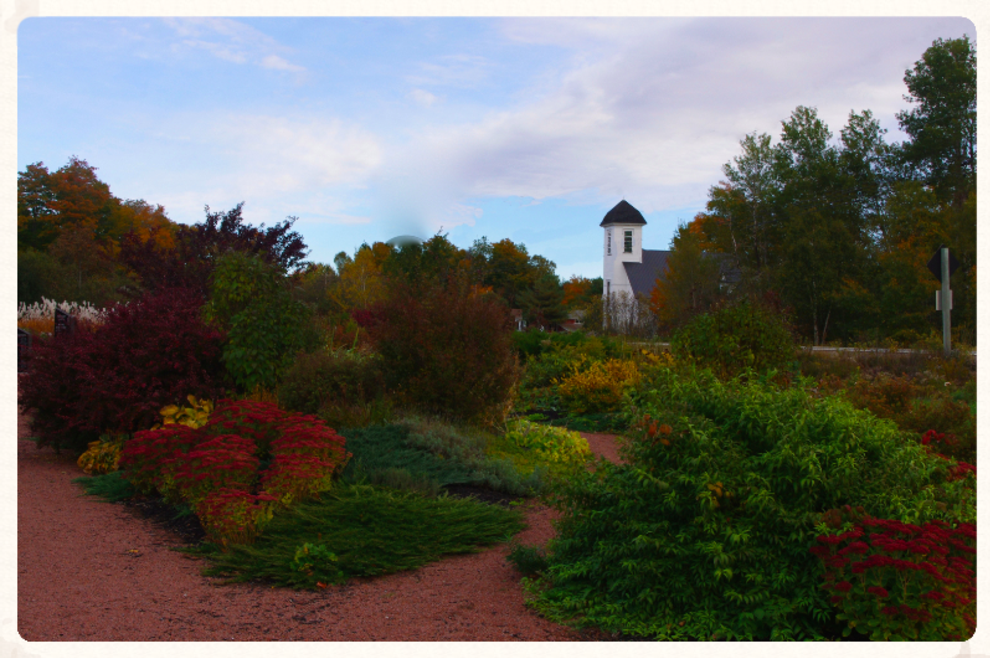 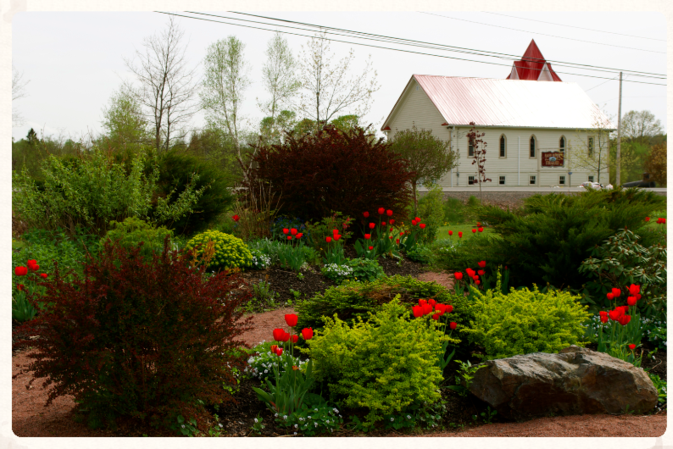 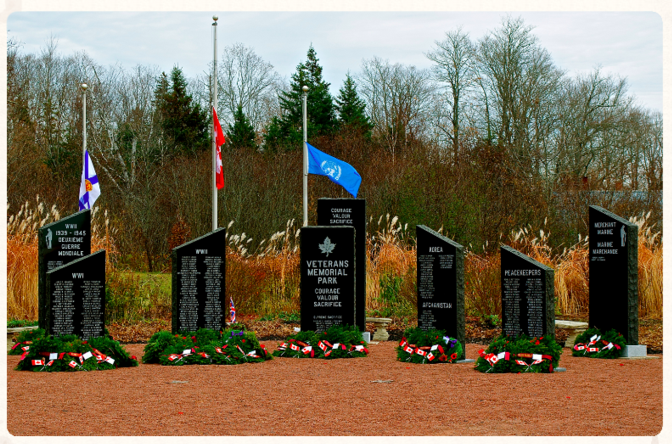 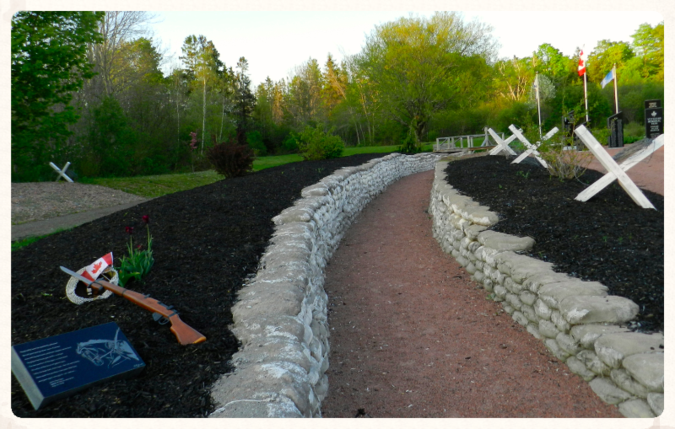 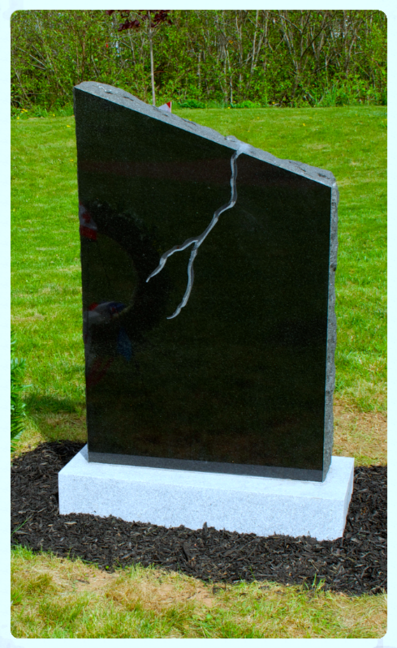 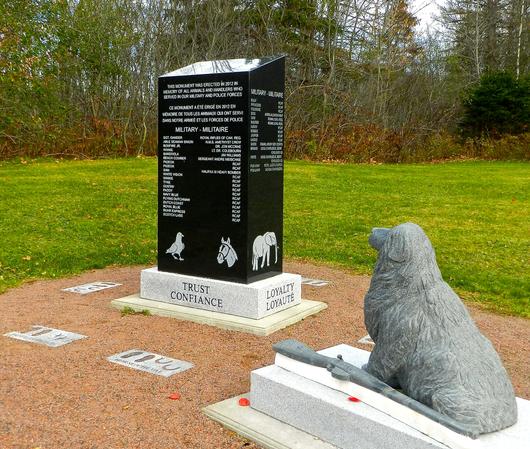 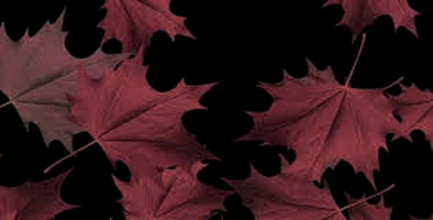 And finally, the newest addition to the Veterans Memorial Park,

our new podium, constructed in the summer of 2015.

As you continue through the park, you enter the Garden of Hope.  Plants from all over the world share this space and complement each other with their diversity of color, texture and scent. As well as providing a comforting and peaceful atmosphere for visitors, it also provides shelter and a food source for countless creatures.

​The Veterans Memorial Park consists of three gardens, which, when combined, take the form of a Celtic flower. The Garden of Sorrows  is a sterile replica of the horrific trenches of WWI. Consisting of 1,100 sand bags which line this 100 foot area, it provides a unique opportunity for the visitor to experience the illusion of stepping down into a trench.  An upturned soldier's helmet is a stark reminder of the sacrifices made by so many.

The Broken ​was created to commemorate soldiers who have returned from the theater of war changed; soldiers wounded physically and/or emotionally and those who have gone on to suicide.  From a distance the monuments looks whole but as you approach the black granite, you find the monument broken and your reflection fragmented. This symbolizes the splintered emotional lives, the fractured memory, the anxiety of brokenness suffered by so many.

The Forgotten Heroes monument​ commemorates the animals that have helped people in times of war, conflict and peace. It highlights the Supreme Sacrifice of Sergeant Gander, the Newfoundland dog who served with the Canadian Armed Forces in Hong Kong during WWII. The monument, initiated and designed by Noah Tremblay, started as an elementary school project and has become an enduring monument to all of the forgotten heroes.  An extension to Forgotten Heroes was done in 2019 and now includes the names of 140 Sentry dogs​ and their handlers from the Cold War Era.

for peace.​ A stylized globe is ensnared by barbed wire, a grim reminder of war and internment. Life-giving branches encircle the globe and finally overtake the barbed wire, symbolizing nature's hope in the healing of the nations. From this hope comes peace, in the form of a dove, with olive branch crowning the sculpture.

you'll next come to the Garden of Remembrance,​ a heritage garden

consisting of white blooms, familiar sights and scents from years past.  Twelve black granite monuments display the names of hundreds of Canadian soldiers who served or are currently serving in military and peacekeeping. These names include those from the Everyone Remembered Project, a project put in place to ensure that soldiers from the area whose names had been lost to time would be remembered.  A section of one of the stones has been dedicated to Non-Combatants groups. Behind the garden, the Nova Scotia, Canadian and United Nations flags are proudly displayed.